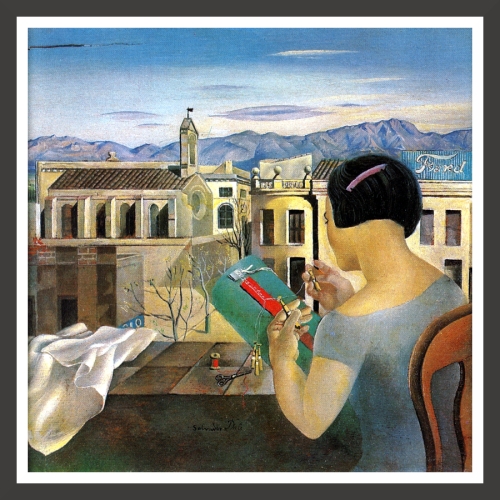 Analysis: Although Dalí did not date the “The Girl of Figueras“, it was probably painted in 1926, as the style, both of the brushwork and the content, are comparable to other paintings of this period. The “Portrait of my Father“, painted a year earlier, shows similar strong lines and structure of form; both figures in these paintings are depicted with a solidity of presence.
The woman in the painting is Ana Maria, as was usual during this period. Due to the subject of the “The Girl of Figueras“, the painting can be seen as an early attempt by Dalí to re-work “The Lacemaker“. The painting by the seventeenth-century Dutch painter Jan Vermeers, became an obsession with Dalí during the Fifties.
Ana Maria sits sewing on a balcony. As with other paintings of Ana Maria at this time, she is turned away from the viewer so that her face can not be seen. The balcony overlooks the town of Figueras, Dalí’s home town. The blue color of the distant mountains and of the sky contrasts with the sunlit stone of the buildings to capture the viewer’s eye. This blue is repeated in the shimmering blue-black hair of Ana Maria. 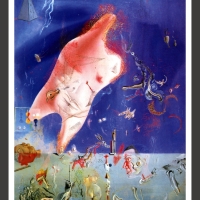 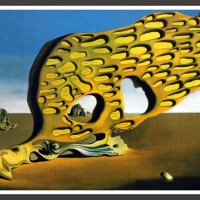 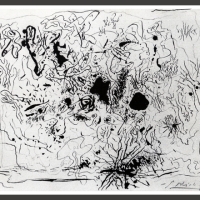 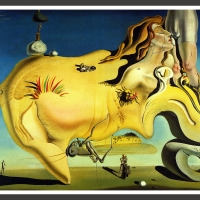 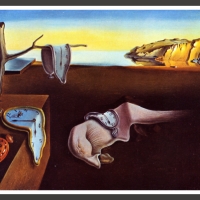 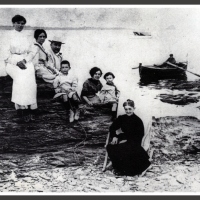 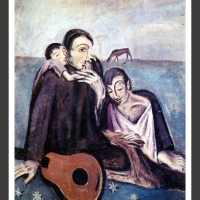 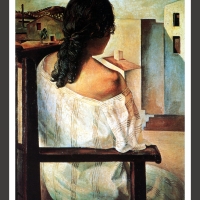 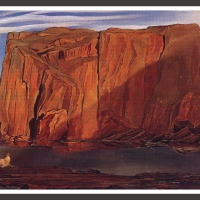